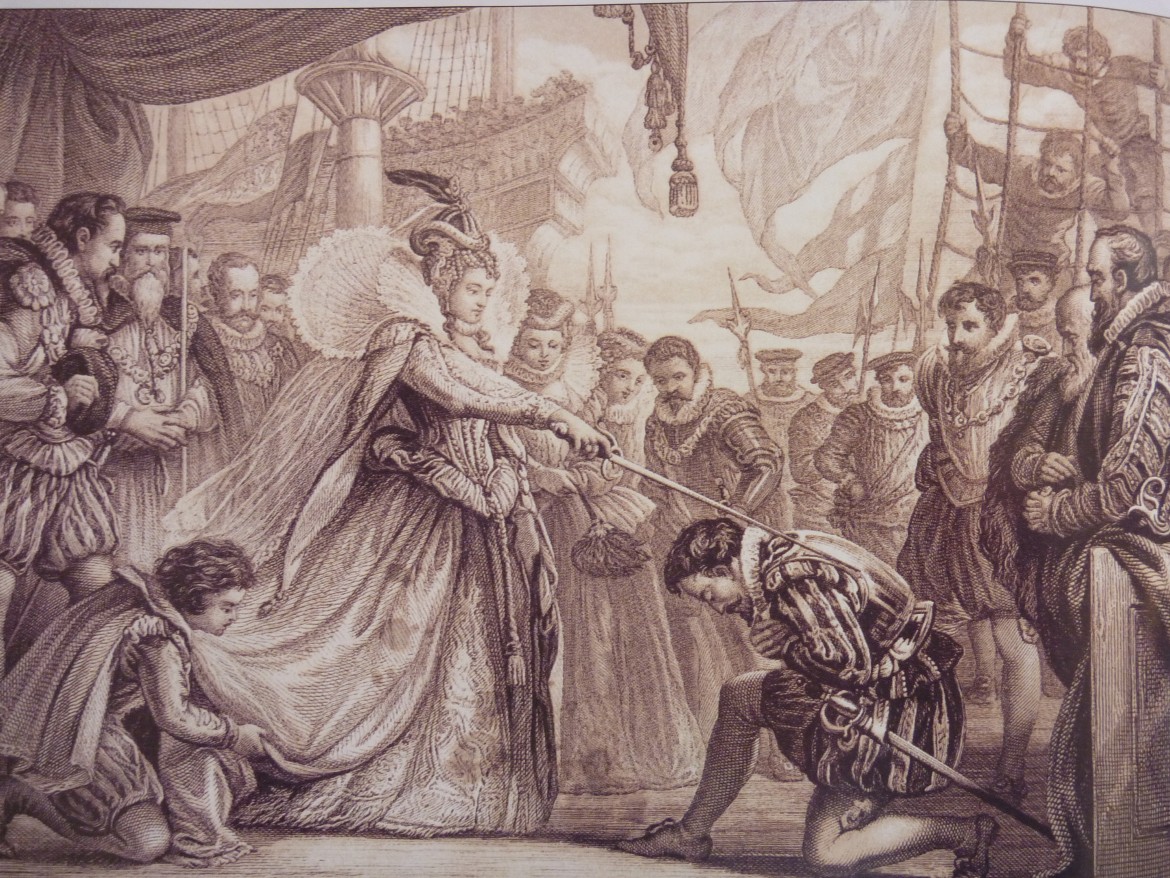 It’s an age-old problem- how do you motivate and guide somebody to get better at what they do? It’s an issue that comes up in my day job as a university lecturer and my night job as a martial arts instructor, and we’ve recently been discussing ways to guide the progression of MACS students. We used to have a set of four rankings, modelled after the Company of Maisters in London (because that’s what we all did in the early days of HEMA), but I’m not terribly happy with the idea of stratification and want a flatter system that encourages self-learning.

Why? Well, that’s a long story and you may need to bear with me. I teach a professional scientific discipline at a top university here in South Africa, and student achievement is one of those areas we are deeply involved in. To those with only a limited exposure to the university environment, it may seem strange that a university lecturer is actually invested in student development- and it’s true, most lecturers are not that interested in students and are actually incentivised to neglect student welfare and concentrate on research. However, university admin in my experience is always keenly aware of student achievement, for several reasons. Firstly, the students are paying customers (or in South Africa, the government pays us to teach students), and have certain rights. Secondly, there is a humanitarian mission involved in university education, in that graduates are held to add to the economy and that education in itself is a good thing. Thirdly, we actually need the right people to aid us in our research. It should be obvious then that we want to encourage and guide students into becoming the people we want and need.

However, the students tend to see it differently. The best students are actually passionately interested in their subjects and properly prepared prior to arriving. These internally motivated students stand in sharp contrast to the externally motivated students, who are there to “get a job”, “because their parents told them to”, etc. External motivation means the students are driven by the stick mainly, and it shows- these are the 50%ers and the font of negative energy in the class, disinterested in actually engaging with the work. Internally motivated students, however, work for a carrot that is personal to them, i.e. nobody has to tell them what rewards they get, they pick their own rewards. Of course, in reality, all students are a mix of these two extremes, but the idea should be obvious.

The university system set up in the 19th century in Europe and South Africa was geared mainly towards internally motivated students. The entire degree rested on the exams taken in the 3rd or 5th year (there were no exams prior to this), meaning the student had to work for 3 years with very little feedback, sustained only by their own desire (mainly). If they studied further, the only further degree was the PhD. Amazingly enough, throughput was poor, but quality was high. With the need to expand the educated workforce and train more externally motivated students. Yearly exams were introduced, then modular courses, providing short term goals and more feedback. The M.Sc degree was added as a stepping stone (used to only be given to those who failed to complete their PhD). In pre-university education, outcomes-based education of one kind or another became the norm, adding more short term goals. All told, the drive is towards more differentiation and less hierarchy, and pass rates have improved because of this (the argument that quality has dropped is a complex issue, for another time).

Now, how does this relate to HEMA and martial arts in general? Well, the way we award ranks in most traditional martial arts is hierarchical and drive by educational notions long since discarded. The systems of 150 years ago of rigid ranks, such as the belts in Karate, focus on a linear hierarchy with a fixed progression. They require a lot of internal motivation, and come with certain assumptions of superiority. Originally, most Eastern martial arts came with only three grades- novice (no belt), student (black belt), instructor. Additional belts for the novices and additional ranks for the students have been added over the years, but the basic idea of linear progress hasn’t changed much. The idea is that everybody has the same goal and will progress in the same way.

However, if I look at my own HEMA group, I see a far more differentiated group than any traditional EMA instructor would imagine. Ages range from 18 to 55, and consist of men, women, professionals and artisans, students with free time and professionals with no free time. Some of my students are technical in approach, others are intuitive. Some are comfortable with the sources, some are content to work on what I and the other instructors give them. Fortunately, most HEMA students are internally motivated (they have to find and pay to attend class, after all!), but motivating and guiding such a diverse group to improve themselves is a mission!

Now, in a hierarchical approach, the idea would be to corral all of these people together and point them in the same direction. With this approach, a ranking system would require that every student reads certain texts, attains a certain level of competence in fighting and drilling, and so on. However, I know from experience that many of my older (or wiser) students simply ignore this type of ranking. These students know what they want to get out of their classes, and will ignore anything that doesn’t suit their goals. At the same time, some of the students need a form of ranking if only for goal setting- these students, often younger students, want to measure their progress, and need feedback on their development.

Similarly, different students have different strengths. Bob may be a great fighter, but a lousy instructor; Jack is a good interpreter and teacher, but a lousy fighter. To accommodate this variety, a ranking system must be neither overly broad or overly prescriptive- too broad, not enough clarity on the goals, too prescriptive, and many people will be cut out. This type of balancing act can be done, but there are other options.

An alternative to a hierarchical ranking system, and something MACS is trying out, is a system of achievements. Rather than a linear progression (which by its nature is pyramidal, only space for one at the top), awarding recognition for achievements as and when they occur, is one way to achieve a flat system and still provide goals for self-improvement. Though we’re still arguing over the details, I’ve identified five types of achievements:

1) Self-contained achievements, such as “Well-travelled” for having attended an international or major national event, “well-armed” for having at least 2 steel swords, etc.

Basically, in the end we’ll have a page of different achievements, some graduated, some once off. Though some achievements are going to be hard to get, there should be something for everybody, and the variety of achievements should allow the students to feel more individual and to control their own developments. There’s also a fun element- who doesn’t want to be a “well-traveled, well-equipped duellist sage”? Still, there is a lot of work to be done: the criteria for each achievement will need adjusting as we go, new achievements will need to be added, and others subtracted. However, hopefully the system will aid us all in getting better.