HEMA League ZA, rules and rankings (or how I get to hit more people for fun)

The Armoury > Articles > Uncategorized > HEMA League ZA, rules and rankings (or how I get to hit more people for fun) 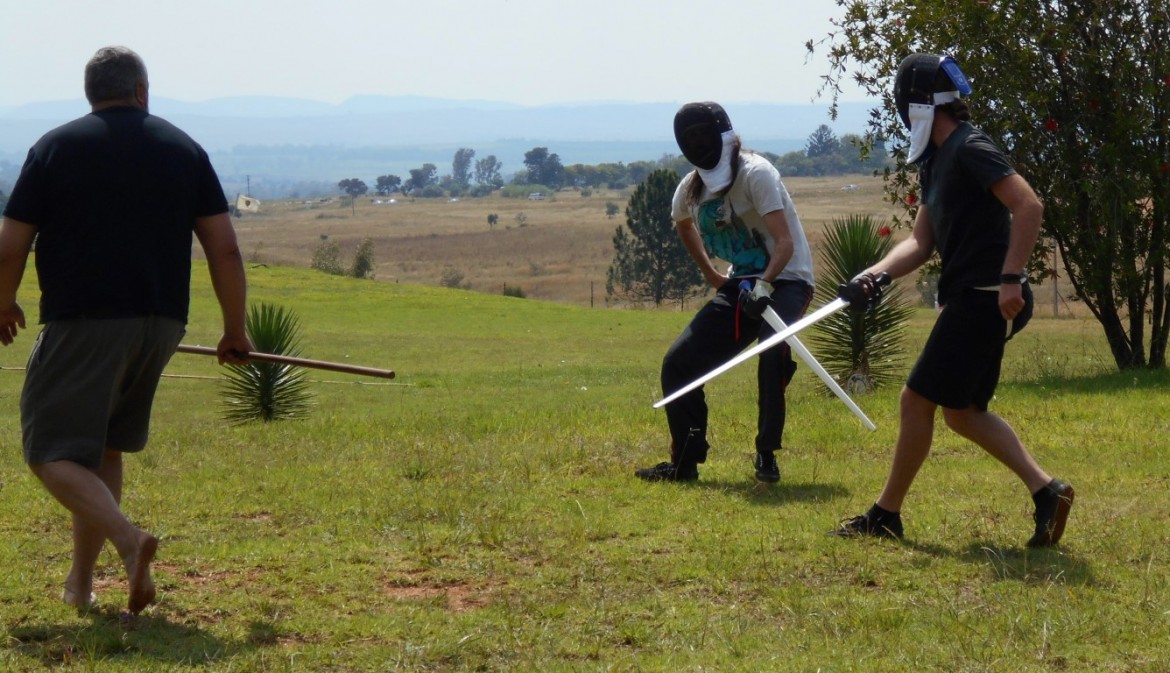 I enjoy sparring, but I love tournament fighting. There is something about being in a competitive situation, with something riding on the outcome. In the past, I played rugby and soccer, and in the now, I hit people with swords. However, tournaments aren’t as much fun if you know all the fighters. They are even worse when you actually trained everybody. Basically, drawing from a wider pool of participants ensures a wider variety of fights, and more fun.

Now, considering the South African situation (which I previously spoke about here), where there are very few HEMA groups around, and those that exist are scattered. How do you expand your pool of participants? Well, in South Africa the secret is to make the tournament as all-inclusive as possible, to draw in not only the HEMAists but other fighting types like the Battle of the Nations groups and so on. This year I’ve been running (with the help of my wife Anja and the members of MACS, of course) what I call “HEMA League ZA”, a series of tournaments with a unified ranking system. We’ve had 4 tournaments already this year (3 in Gauteng, 1 in Cape Town), and we’ve had 30+ fighters take part over the 4 tournaments (a lot in South African terms).

I’d been thinking about doing something like this for a while, and I set out certain criteria:

So, what did we decide on? Well, the best weapon for the criteria was the synthetic baskethilt sword (we use Rawlings synthetics for those interested). Besides the fact MACS has a number of swords, there are other advantages- the hand is mostly protected, so expensive gloves are not required, and the basket keeps the hand aligned with the blade (mostly), which aids judging. The edges are thick enough and the blade light enough that we were confident in allowing participants with only a groin guard and a fencing mask to participate (subject to oversight of the marshal to look for excessive or dangerous hitting).

For the rules, I wanted a rule set that allowed for quick (but not too quick) fights, which rewarded deeper hits, and which was simple to implement. What I came up with was the following:

You’ll note that the fight can be over very quickly- two head strikes in succession will end a fight. At the other end, we have fights that go to 5-6, and even to a 6-6 draw (since the opponent can score a point with an afterblow). Sloppy fighting with double kills results in both fighters losing. Practically, I divide everybody into pools of 5 (10 fights total, 4 fights each), and most tournaments have allowed participants to fight in 2 pools on a day (8 fights each in total). My estimate is that we finish a pool in about 40 minutes. No knockout phase is held, though we may hold one at a later stage.

Problems? Well, the director has a lot of power, and so I have to be careful who I use. Spotters gain confidence with experience, but experience comes with practice. Safety-wise, we haven’t had anything other than bruises, though one group of visitors did succeed in bringing all their war wounds back to life! The directors have generally done well to keep the sparring fast but controlled, and this is reflected in the fighting.

So the fighting is a lot of fun, but what about the ranking? I wanted a system to be able to rank fighters according to who they faced and their success rate, over several competitions. I can’t expect everybody to be at every tournament, and I want the guys in Cape Town or elsewhere to know how they rank relative to the fighters in Gauteng. I did a lot of reading, but in the end I settled on a modified version of the ELO rankings used in chess. Each fighter’s ranking is compared with their opponent’s, and an “expected” result calculated. Points are scored by beating the expectation, and lost by doing worse than expected. So, if a fighter with 150 pts fights a fighter with 50 pts, the higher ranked fighter should win, and by a margin of 0.8 (i.e scoring 8 pts out of 10 in the match). In this form of ranking, scoring each fighter in a double kill as having a losing ratio of 0 really hurts. What I like about this setup is that weaker fighters are still encouraged to try their best against a strong opponent- they can still improve their ranking by exceeding expectations.

The ranking system is still a work in progress, but seems to be working. The assumption is that fighters will progress to their “ideal” ranking, i.e. a ranking that truly reflects their ability. This means I need to guess the ideal ranking, or start all fighters at a ranking that may be far from ideal. I’ve done the maths roughly, and a minimum of 16 fights is required before the ranking is reliable, and more than that if the fighter is improving (i.e. the “ideal ranking” is actually changing). Still, it’s a start, and some groupings are starting so make themselves visible.

Beyond the rankings, I’m accumulating a lot of data. Because we record who each fighter fought against and the number of 3pt/1pt/afterblow/double-kills, I can tell a fighter that he/she takes too many head hits, or that they always lose by double kill against certain opponents. It’s a data-scientist’s dream!

Hopefully this article has interested people in what we are trying down here in South Africa. With time, we can expand the concept to other weapon forms, and hopefully grow the tournament. We’ve got some sponsored prizes, and people interested in sponsoring more, so that’s looking up.

Though there is one embarrassing problem- the current top fighter (number 1 in the table) is also the lead organiser. I’m not sure it’s ethical for the organiser to take the prize how, so I’m trying to come up with another reason to award the prize- possibly to the most improved fighter? Suggestions welcome! 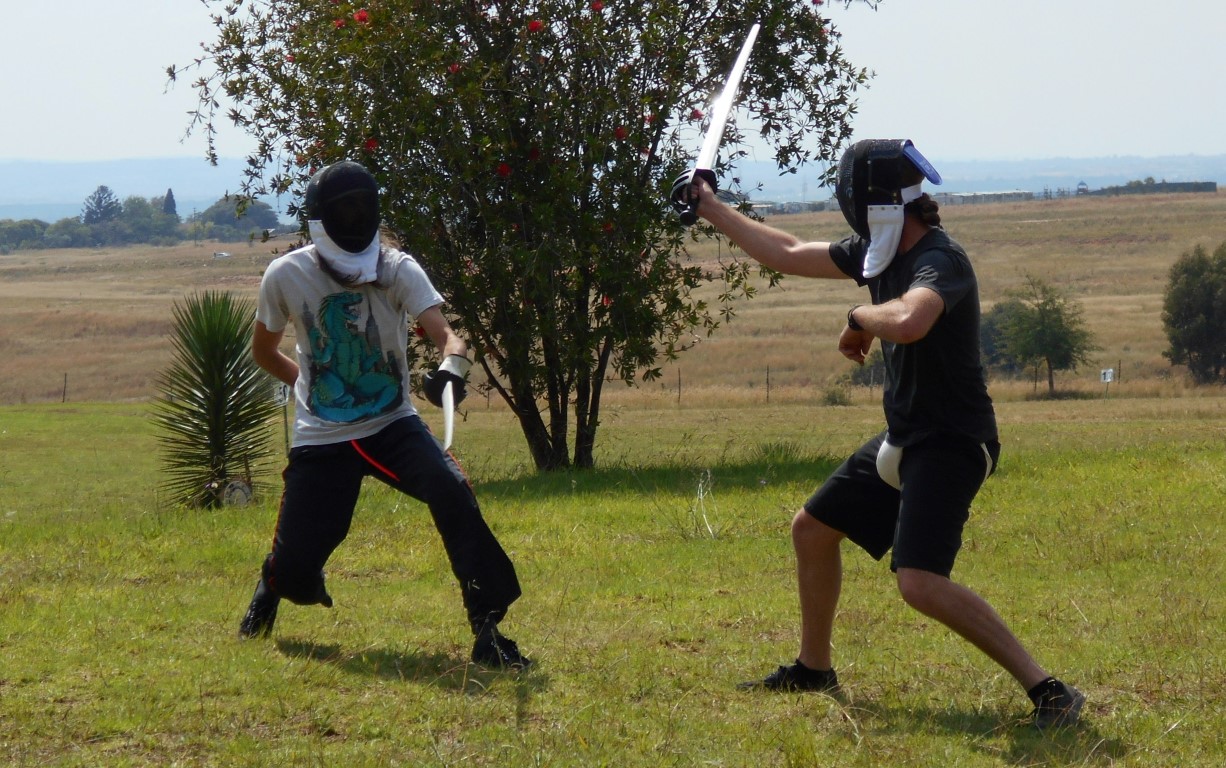 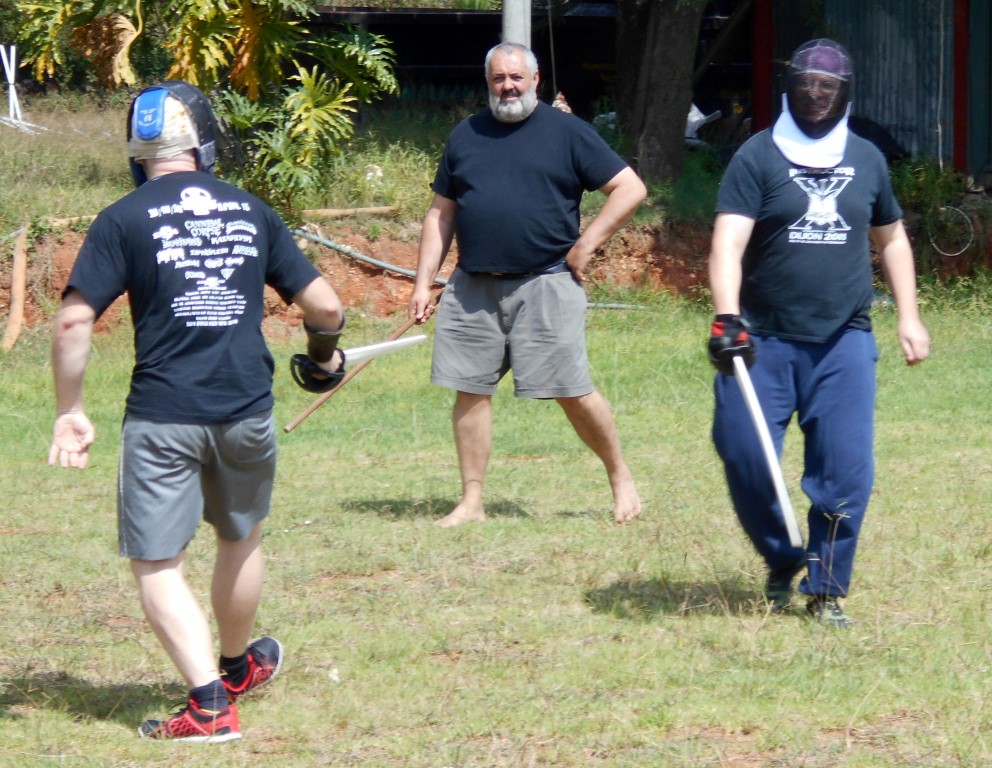